Viv Groskop is a British award-winning writer, comedian, broadcaster and performance coach. She is the author of the best-selling How to Own the Room: Women and the Art of Brilliant Speaking (Penguin) and Lift As You Climb: Women and the Art of Ambition (Penguin). Her award-nominated podcast How to Own the Room is the biggest public speaking podcast in the world — with over a million downloads — and features interviews with Hillary Clinton, Margaret Atwood, Professor Mary Beard, Julie Andrews, Google CEO Matt Brittin, Succession’s Brian Cox and dozens more talking about public speaking, confidence and managing high-pressure situations. Her other books include The Anna Karenina Fix (Penguin) — a best-seller in translation in Russia and Finland — and Au Revoir, Tristesse (Abrams). She appears regularly on BBC TV and radio and for six years she did a run of sold-out one-woman comedy shows at the Edinburgh Fringe Festival.

On BBC Radio 4 Viv has guest-presented Saturday Live, Saturday Review and Front Row. She was a regular guest on Andrew Neil’s This Week on BBC1 until the show’s demise in 2020 and she has also appeared on Woman’s Hour, Today, Newsnight, This Morning, University Challenge and Sky News. As a columnist she writes regularly for the Guardian and the Financial Times and has a regular column in Waitrose Health magazine on working life.

She is one of the most sought-after speakers for stand-up, MCing, awards hosting and keynote speaking. Keynote themes include How to Own the Room, Lift As You Climb, Women in Leadership, Female Empowerment, Authenticity and The Embrace of Failure. For all speaker enquiries, please email leo@vbqspeakers.com.

Her favourite recent gig was hosting Schitt’s Creek’s Dan Levy in front of 2,000 screaming fans at the Theatre Royal Drury Lane. Yes, she came dressed as Moira Rose. Of course!

"An outstanding speaker: witty, engaging and a positive bundle of energy"
Tim JohnsOrato Consulting
"Absolutely hilarious"
Jennifer Saunders
"The best day of presentation skills I have ever had. Viv is incredible”
Elizabeth DillonBusiness Development: Global Clients, Pictet
"Viv is brilliant"
Jo Brand
"The queen of funny.
You have to see this woman"
Mary Portas
Previous
Next 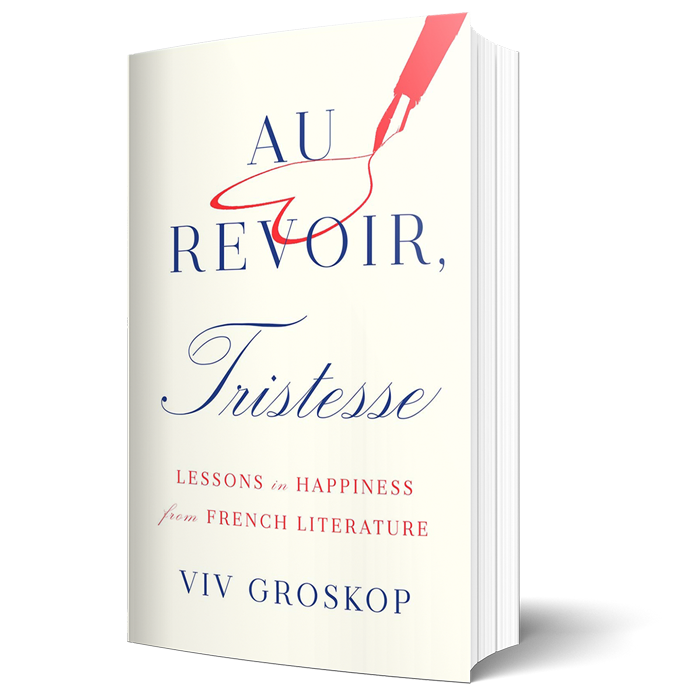 Check out Viv’s non-fiction books, from her memoir on stand-up comedy, I Laughed, I Cried, to her guide to getting ahead at work, Lift As You Climb 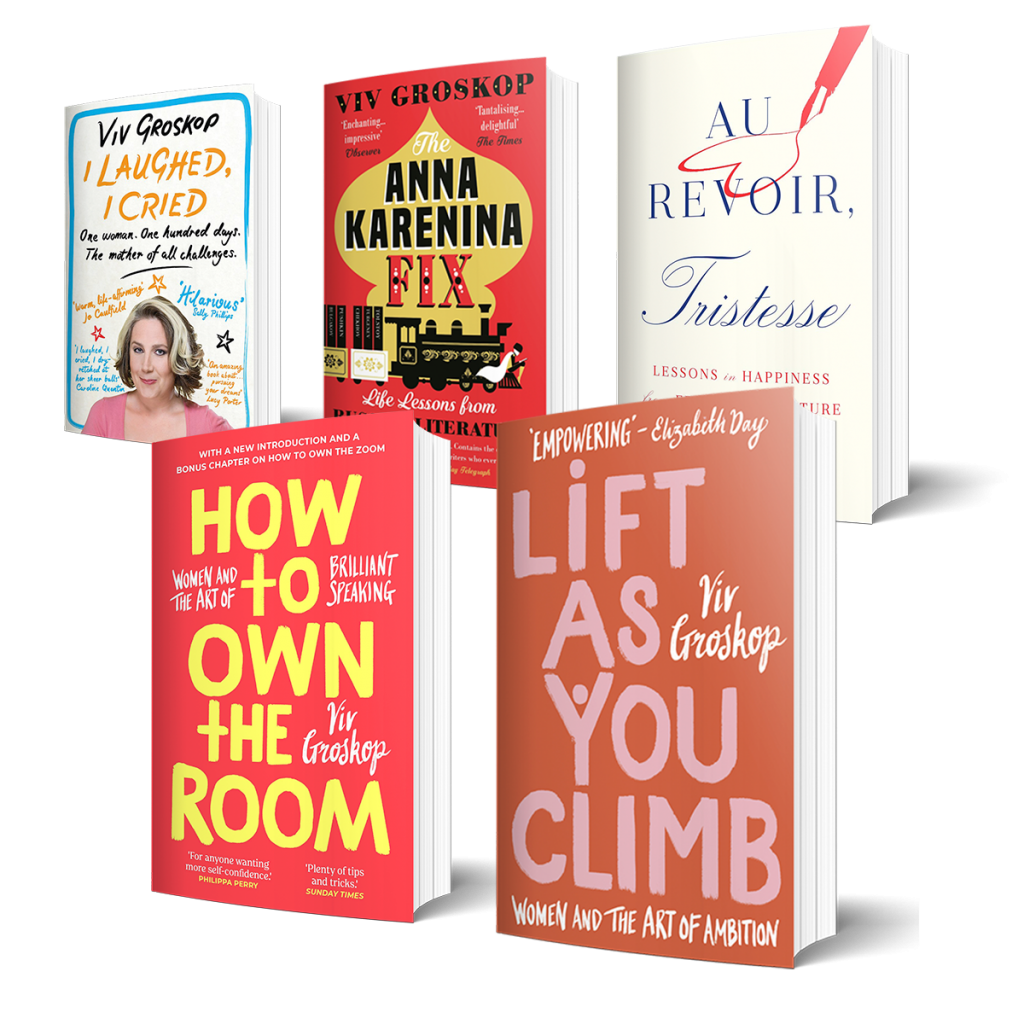 How to Own the Room

With guests like Hillary Clinton, Professor Mary Beard and Catherine Tate, Viv’s award-nominated podcast has over a million downloads and is the biggest audio resource on women and public speaking in the world 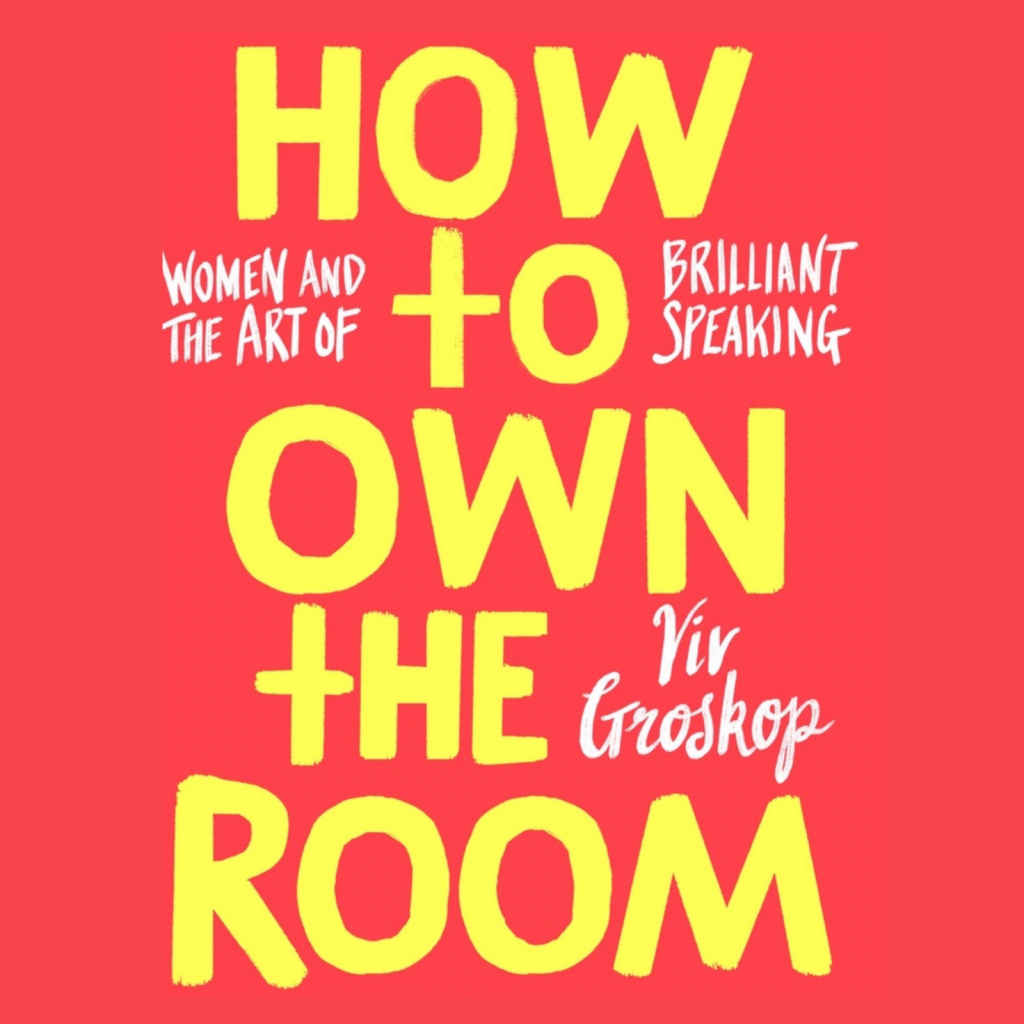 We Can Rebuild Her

Viv interviews authors, therapists, coaches and business leaders on how to come out of the pandemic better than before. A hefty dose of optimism and inspiration. 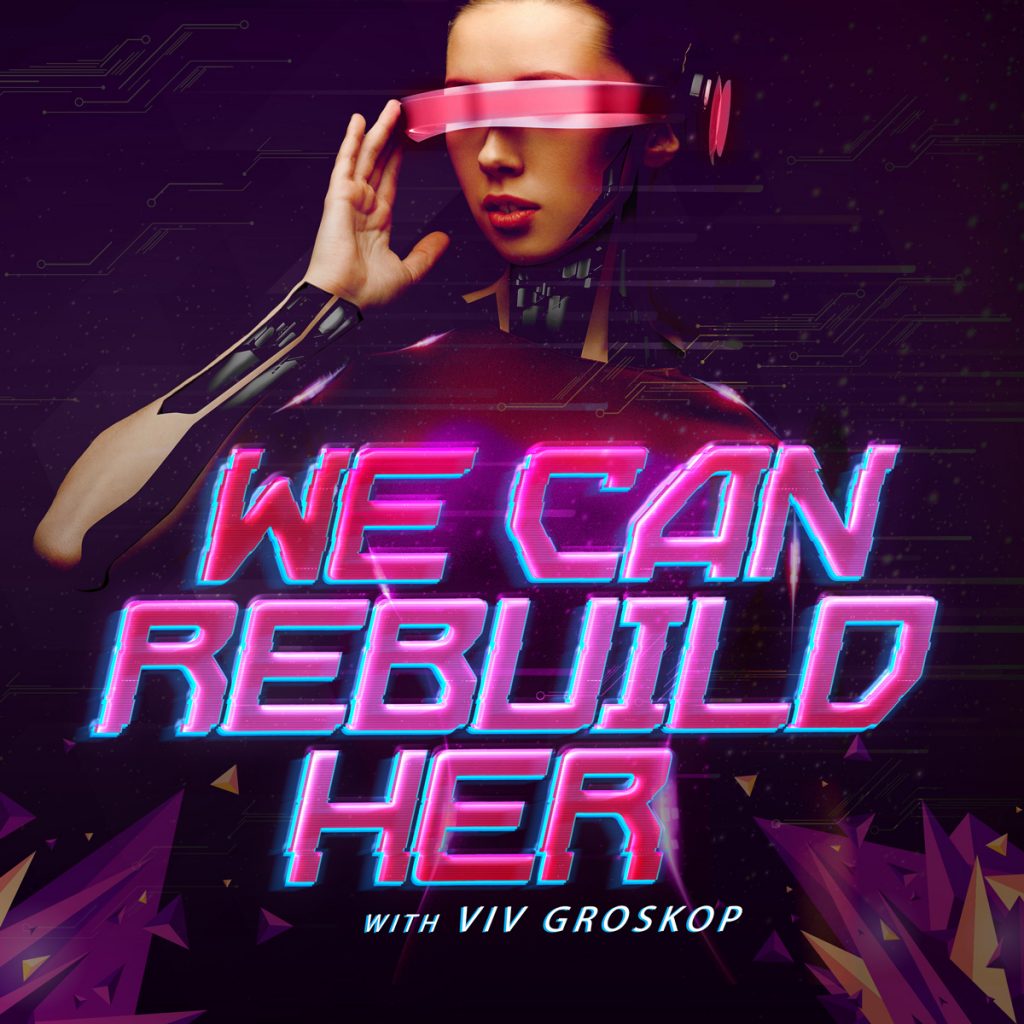 As seen and heard on

Every Friday. A guide to what’s on my radar (books, TV, social media, podcasts and more) plus all the latest from behind the scenes at How to Own the Room. Your E-book on Hillary and Chelsea’s top public speaking tips comes free with sign-up. 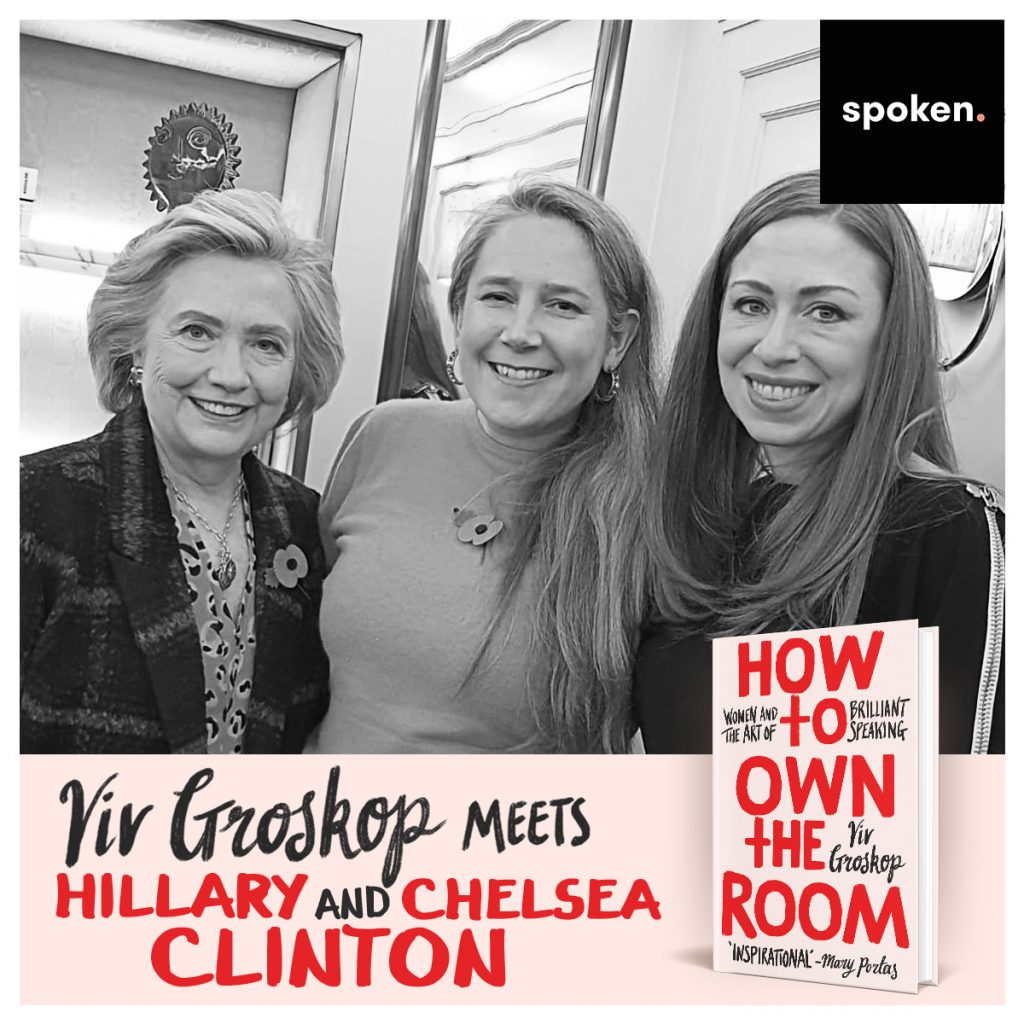 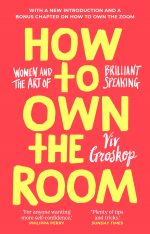 Get your copy now

How do you regain your confidence? Viv talks to the author, TV presenter, social media influencer and founder of fashion line Joanie, Dawn O’Porter, on finding your voice again. Dawn, who lives in LA with her husband the actor Chris O’Dowd and their two children, tells Viv with frank honesty about a dark time in her life when her TV career nosedived, how she lost her confidence and eventually wrote her way out of it. She shares her tips about holding onto self-worth when things aren’t going the way you want them to. She urges listeners to give themselves credit for the things that are going right – a relationship, friendships, children, work – rather than obsessing over what is going wrong. Her advice for owning the room is cut yourself some slack and allow yourself to draw strength from what is good. And be prepared to take a different direction if the one you planned has taken you out of the room entirely. As she tells Viv, the path doesn’t go in one direction and you may own and lose and own the room again.

A new updated edition of Viv’s book, How to Own the Room is out now. 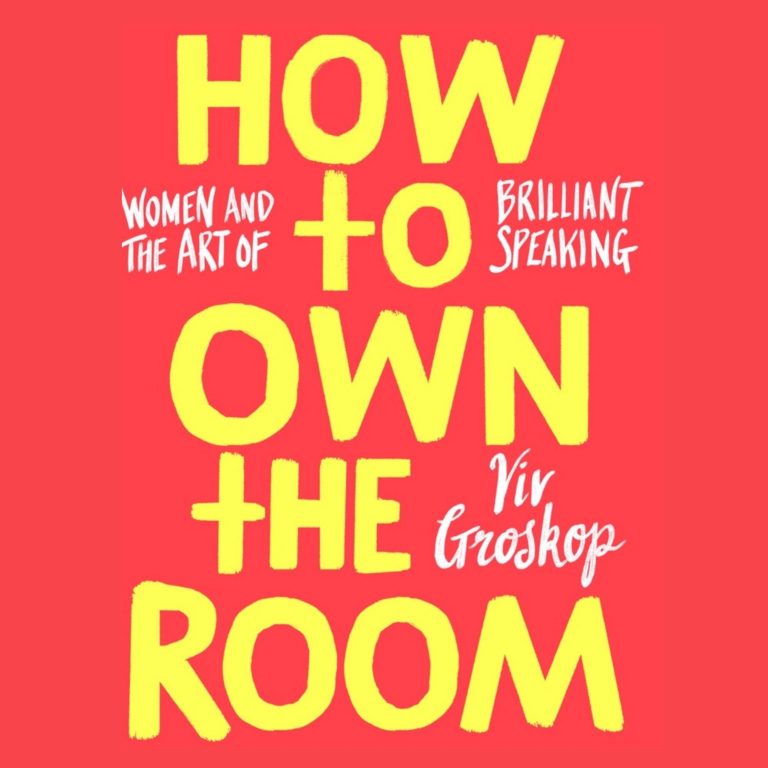